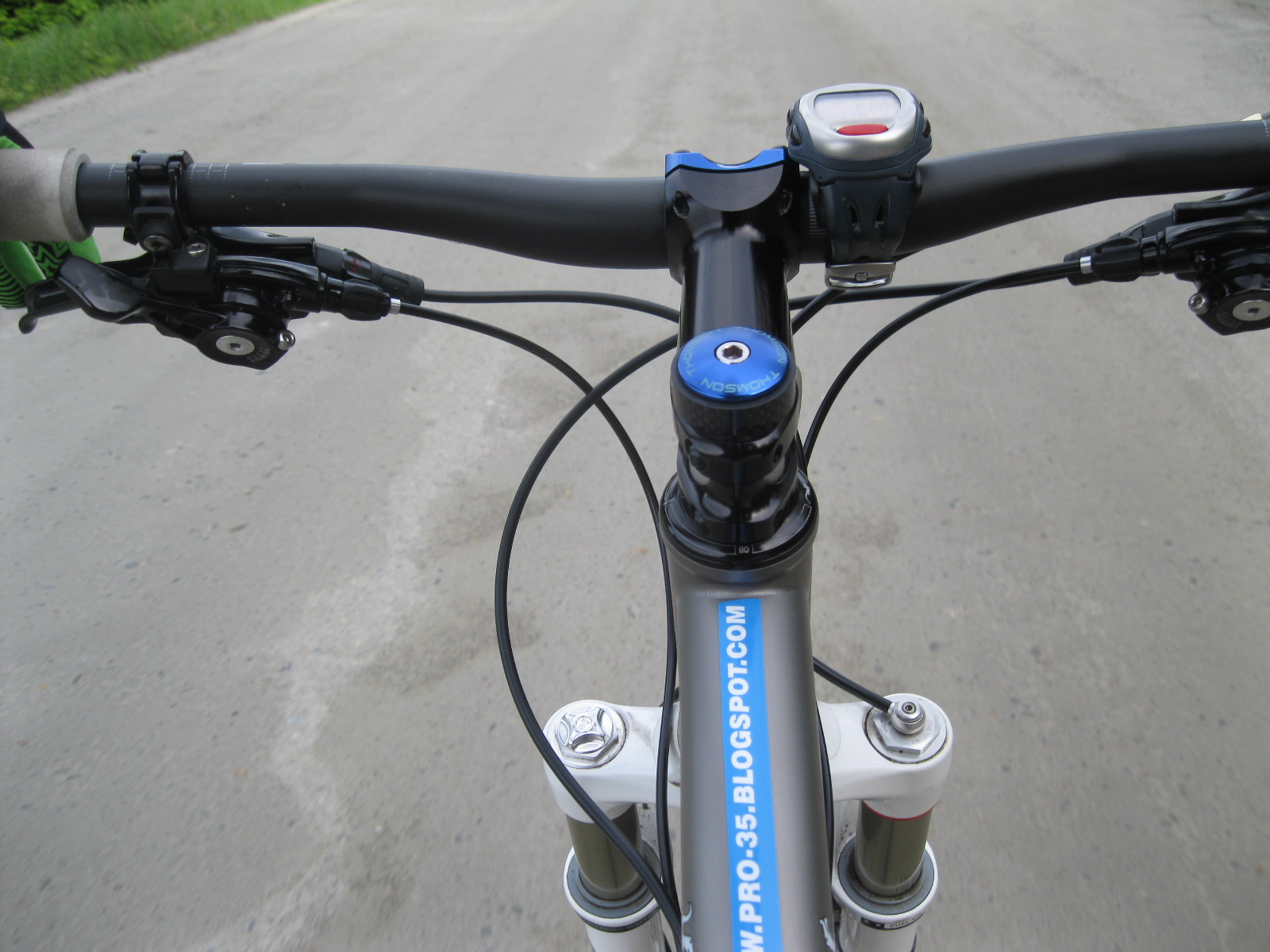 This spring, like most, has been up and down.  What started out as a late-breaking then very warm and dry season turned back into cool and rainy weather like we’d expect in April.

Last week got off to a decent enough start with a couple light days on the bike before Wednesday’s Catamount training race.  After rounding up all of my gear and hoping for a dry course the skies opened up and it absolutely poured for almost an hour starting at about 3.  Somehow that passed and then it lightened up enough for me to consider making the trek north, but a second passing shower ended any hopes of getting out on the course.  Slightly dejected and frustrated a poured myself a drink and sat down on the couch to catch up on some television (I found out later that it had been canceled anyway so I made the right call). 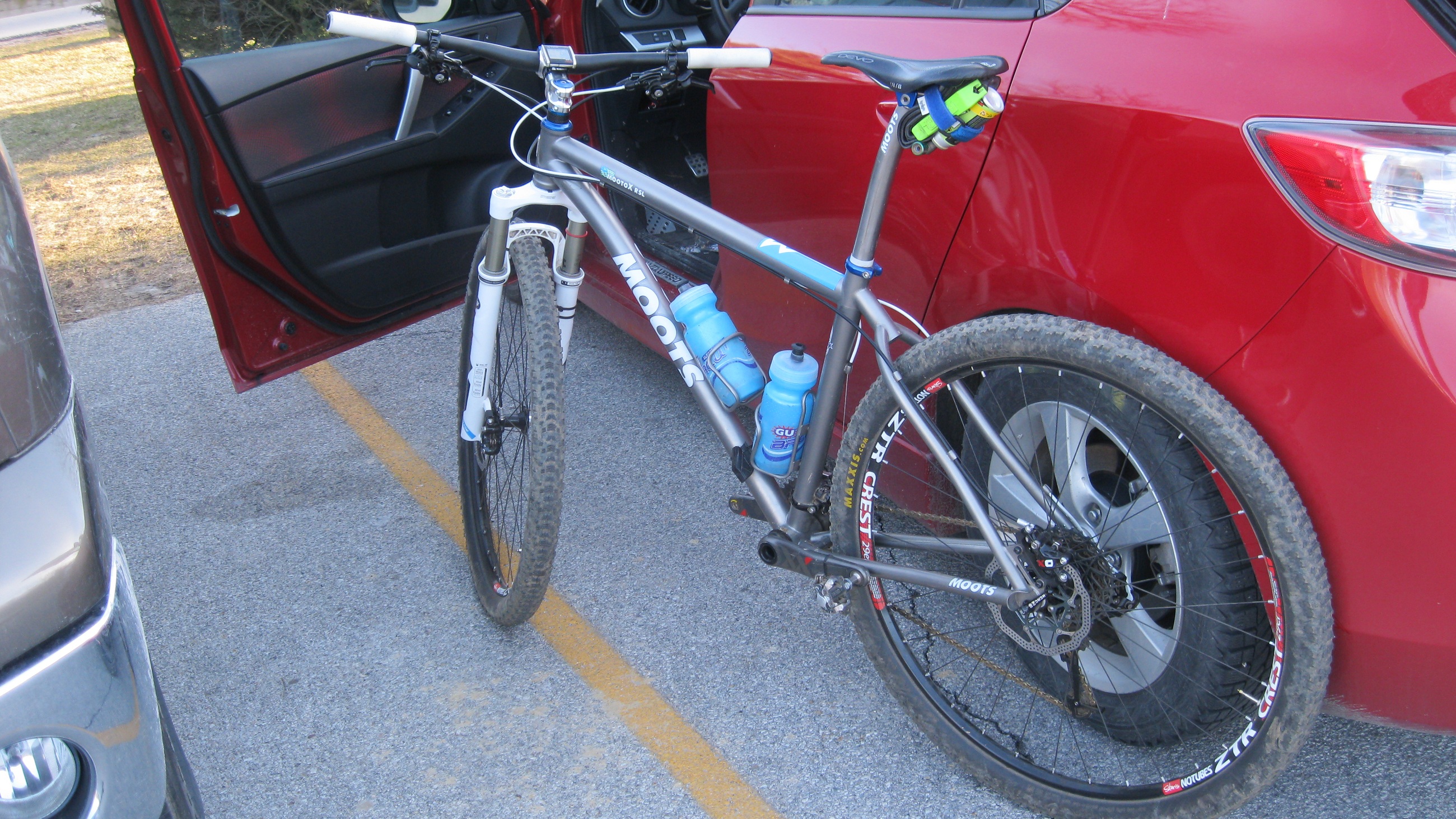 Thursday was another strange day because it was mostly clear through the whole day before another deluge hit just after dark.  I snuck in a dry 45 minute trail ride before my chiropractic appointment but had a very slow, treacherous drive home.  It was raining so hard that I could only muster a safe speed around 40 mph and was very rapidly overtaking other vehicles at that pace.

Friday (as you may recall from my previous post) was my planned trip to Highland.  With more rain in the forecast I was skeptical about hurtling myself down slick expert trails on an unfamiliar bike but fortunately my fears were unfounded.  The trail builders at Highland have done a great job and with well constructed features and the natural advantage of New Hampshire’s sandy soil meant that the trails were in great shape.  With the exception of some slick roots and rocks my experience was otherwise unaffected by the weather.  I’ll have a formal, in-depth write-up ready after I get some of the photos back, but the short version is that I had a great time.  Highland runs a first-class operation top-to-bottom and with some quality instruction from their head camp instructor Chris Chmliewski I was bombing down the steeps on a Cannondale Claymore.  Over the course of a few runs I talked myself into demoing a Transition TR 250 which they had in the fleet.  That was a good and bad thing.  It was good because I realized those bikes are awesome and my 250 lust is well founded.  It was bad because I re-aggravated my slow-healing back injury and stacked my ribs on the handlebar in a stupid, low speed bobble.  Turns out big bikes need to be ridden fast, and at normal XC pick your way through pace they’re sluggish and unwieldy.  That’s not the bike’s fault, but as I was getting more fatigued after 3+ hours of DH runs I was worn out;  while I lost precision I also started slipping into XC mode and learned very quickly that what works on a steep 4″ bike doesn’t work on low, slack 7″ travel monster.

Stoked but semi-hobbled I sat at home with Carrie drowning my sorrows in bourbon while tag teaming junk food as it poured all day Saturday.  Not normal for us to say the least, but given the circumstances and the high risk of flooding it became a very necessary coping mechanism.  Fortunately we escaped the torrents unscathed and both our home and our town were unaffected.

When the rains passed and things dried out on Monday I was able to sneak out for a 50 mile road ride.  6 Hours of Pat’s Peak is 2 weeks so I need to keep up my mileage if I’m going to be competitive.

This week it’s back to training and getting as lean as possible before next weekend.  Jason is putting the finishing touches on my new race wheels so I’m hoping to get some time on them this weekend. My bags are packed and I’m ready to contest my first race of the season at Catamount tonight and hopefully my back will cooperate.

I’ll let you know how it goes. 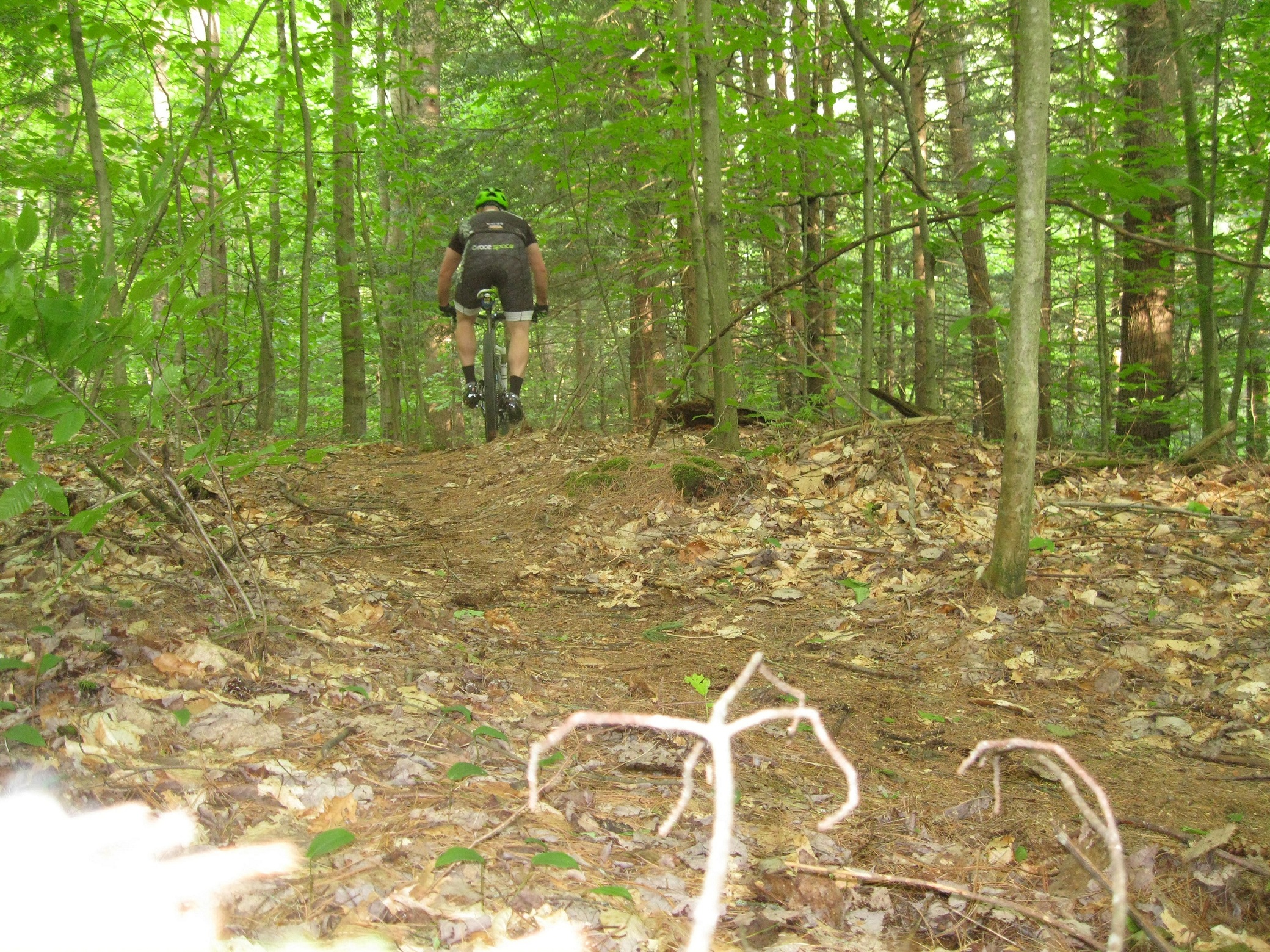