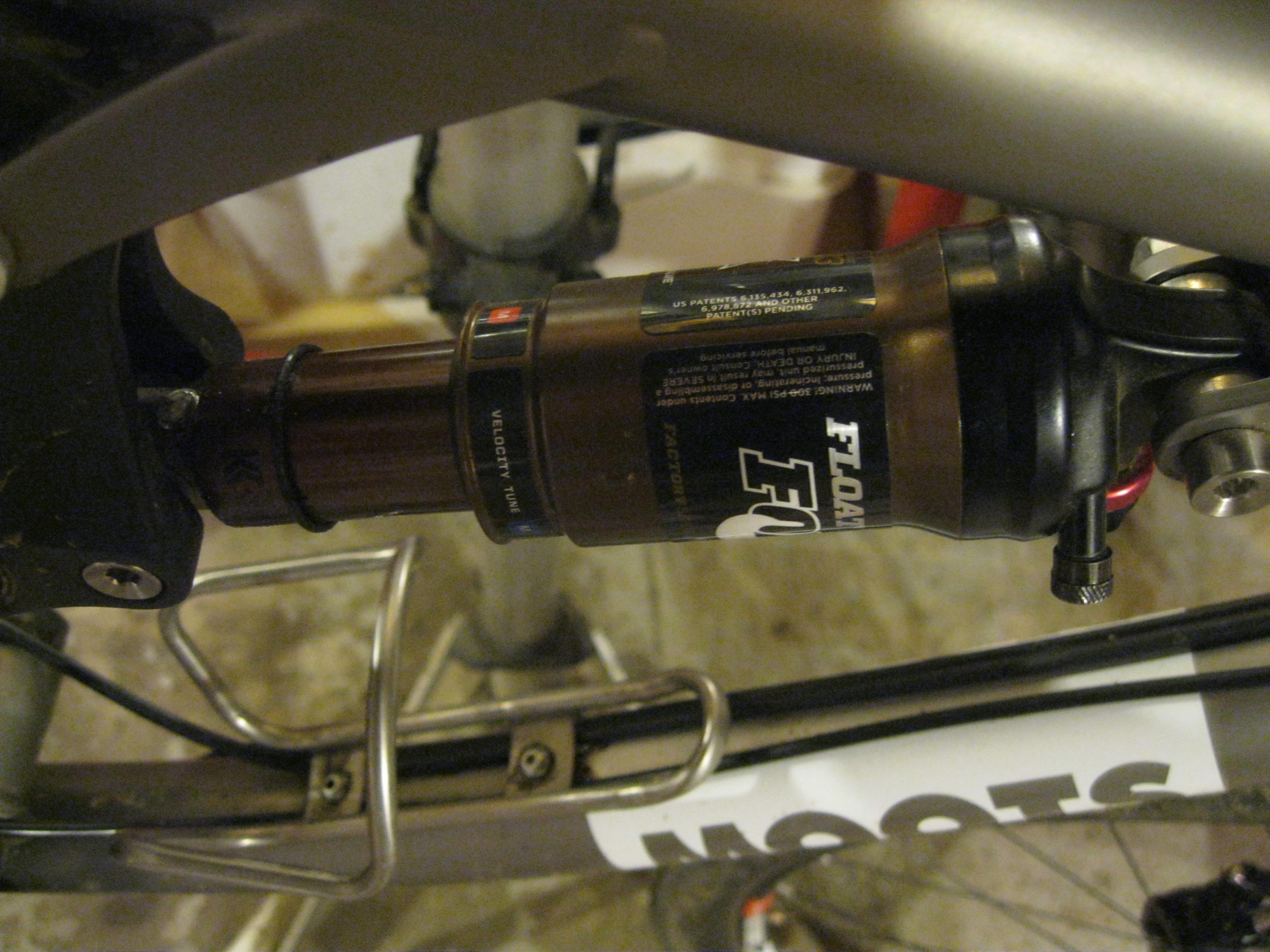 The problem with riding other bikes is that there’s always something different about them that makes them desirable.

A few weeks ago I swung by the Skier Shop and took Dave’s Rocky Mountain Slayer for a ride in the Stowe town loops.  With 165 mm of rear travel and 170 up front it’s a full-on All Mountain rig similar to the Cannondale Claymore I’d ridden at Highland so I expected similar trail worthiness.

After a few pedal strokes up the steep Skier Shop driveway it was easy to see that the Slayer made quick work of pedaling sections for a 32 lb sled.  I’ll post a more in-depth ride review of the Slayer with some video footage, but specifically what struck me about that bike was how well Dave had setup the bike to stick to the trail and still pedal well.

Back at the shop we talked extensively about suspension setup and what specifically gave the bike such a platformy feel.  Some of that was the properly tuned double barrel shock but there was some special attention given to the Marzocchi fork to keep it sitting high in its travel but still plush.  While I’m not familiar with the nuances of the Marzocchi internals I could definitely pick up that there was certainly some special attention given.

On my next trip out on the Divide I was glad to push around a much lighter bike, but I couldn’t help but feel like the bike was wallowing a bit in the middle of the travel.  With 100 mm of travel it should sit about 20-25% sagged in but no matter how much air pressure I ran it felt like it wanted to sit around 40-50%.  I did some research and found that other riders had had similar experiences with the RP23- specifically bigger and more aggressive types; I guess I’m both.  I hadn’t felt like it had been wallowing before so I blame riding a dialed setup for pointing out the issue.

Fox Racing Shox offers a Float tuning kit that is essentially a series of spacers that are designed to make the shock ride more progressively by making the air chamber smaller (you can get the kit directly from Fox or any of their online or brick and mortar distributors).  I won’t go into details around how to install the kit as the Fox website and Pinkbike.com have great tutorials on it, but it’s a very quick process and swapping the spacers takes less than 5 minutes. 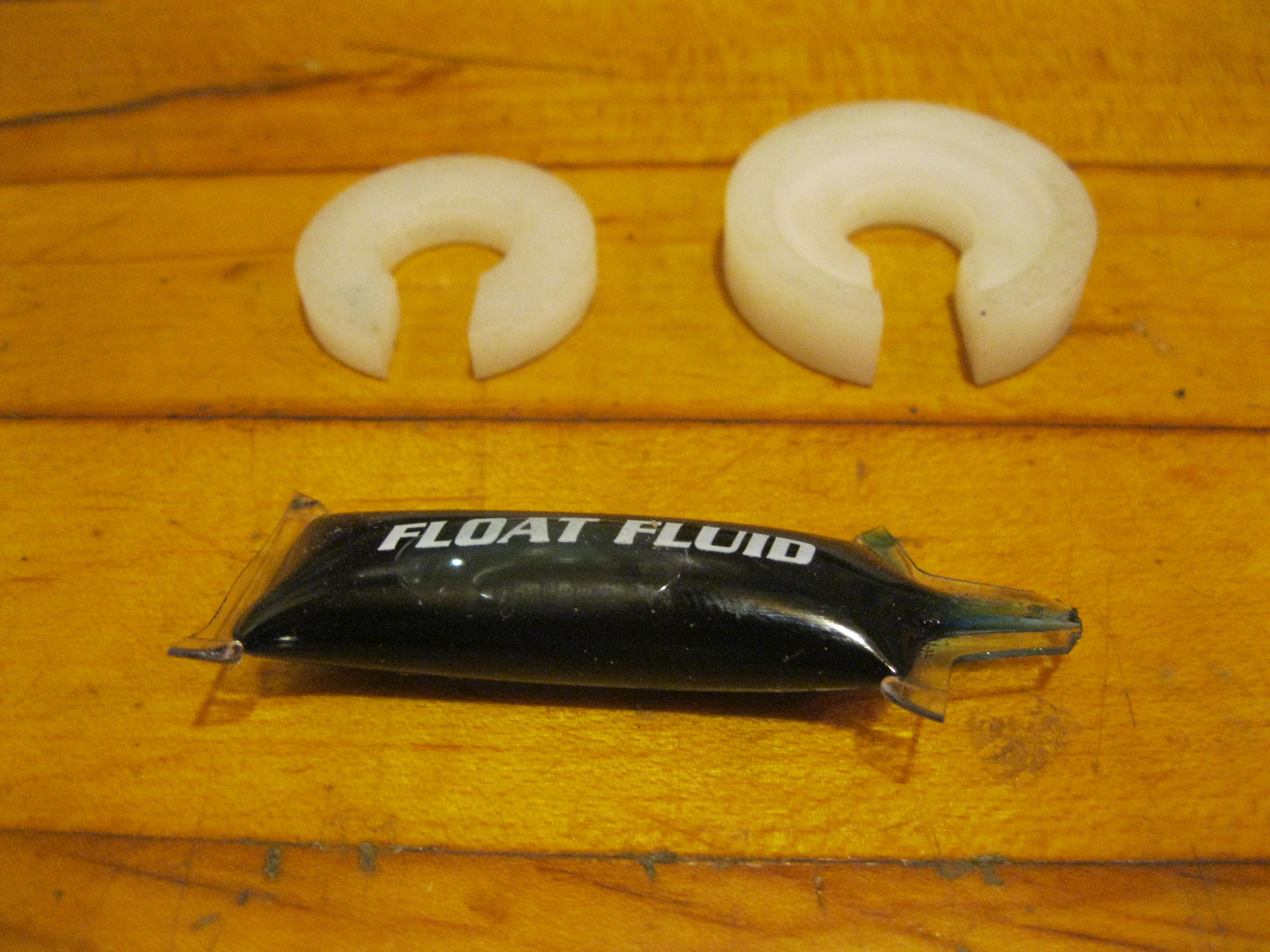 With the set of three spacers (the biggest one is installed and not pictured) you get a small packet of Float Fluid to keep things running smoothly.  Here’s what the tag looks like in case you’re interested. 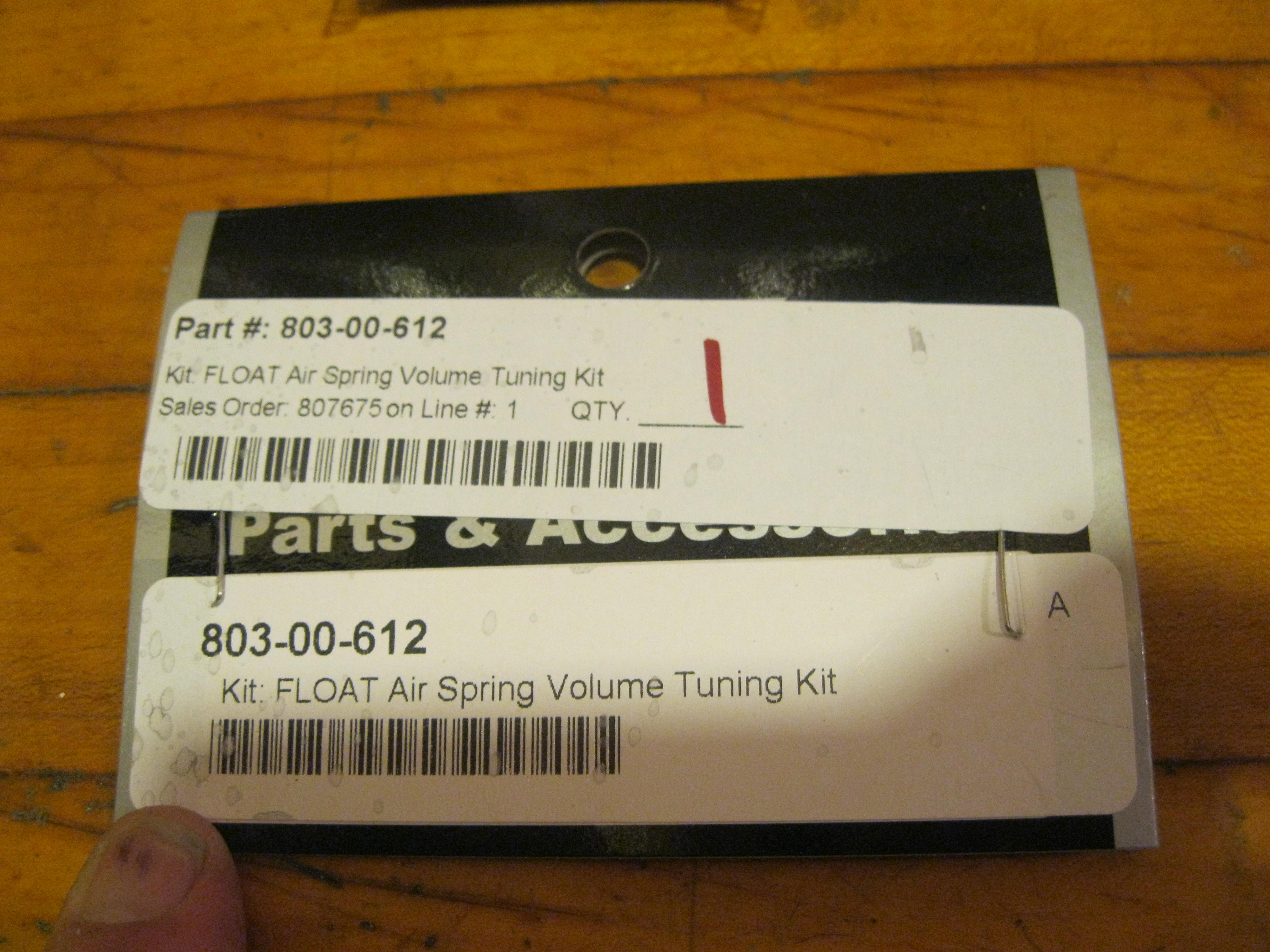 Fox didn’t have a recommendation for which spacer a 185 lb rider should use on the Divide and recommended starting with the smallest and working up as necessary so I installed the small one and went for a ride.  I felt a slight improvement but nothing legendary so I swapped it out for the medium one before hanging up the bike on the hook.

The Divide has been getting the attention because the RSL is still convalescing after being brutalized in last weekend’s mud slog.  Specifically the rear wheel needed to have all of the heads- in drive side spokes replaced and since I was in Stowe already I left it with Dave for a stint in rehab and while I was there talked suspension again.

His recommendation was to go right for the large spacer rather than fiddling around trying to tune the middle one.  Turns out his recommendation was right on- with the large spacer installed the bike was transformed into an all-out terrain consuming machine.  It pedaled better.  It tracked better, and in fast technical sections it skipped over things that buckled it before.

I’d been hesitant to use the Divide for courses that were more about pedaling (Pat’s Peak, Catamount Hill Side) than high speed technical sections (Hampshire 100, Catamount Eastern Cup).  That’s changed.  Now I’d consider it any situation where the terrain is challenging, obstacles are numerous or square-edged or the overall speed is relatively high.

There’s more tuning afoot for both bikes- check back soon for more details.