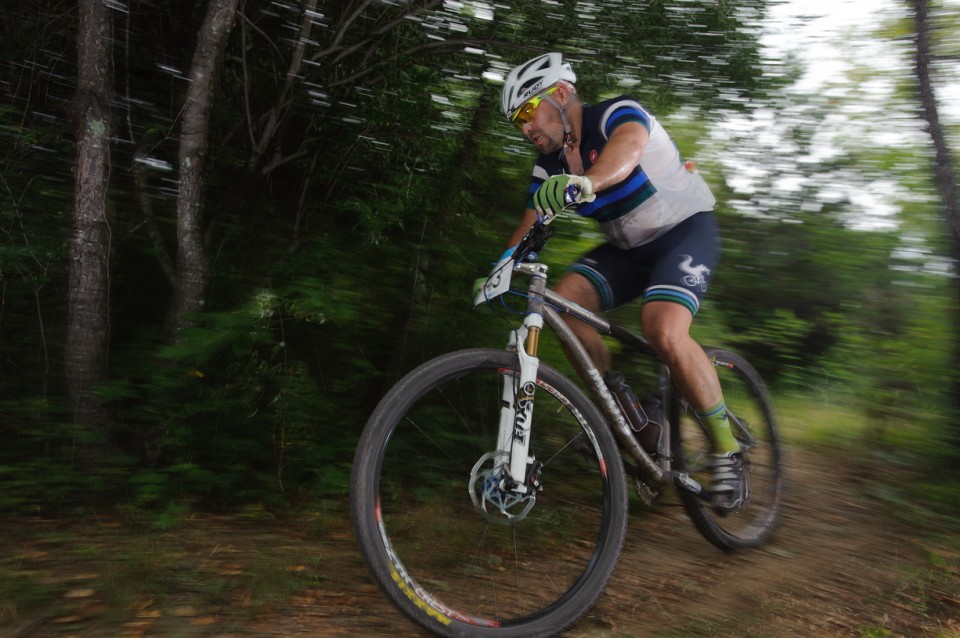 It’s been tough recently to try to balance so many different parts of my life.

With the house sale taking up a ton of time, effort, and emotional energy I’ve been riding and training with really just the dregs of the time and energy I have left.  As I’ve said before it’s amazing I’m even able to put on a number plate let alone improve on some fast prior results.  All of that makes pacing and planning to race a little more complicated.

Last week I ran out of race fuel and had to drop out of Worlds at Catamount because of a flat tire, so I wasn’t all “hell yeah I’m gonna kick the shit of this race” heading into it.  Motivated, but kinda neutral emotionally which was fine.  I certainly didn’t stress out- all I had to do was ride my bike for the day- and really on a dry summer day that’s what I’d be doing anyway so what’s there to lose?

The distractions have made it hard to focus on my diet and get to optimal race weight, but I’ve been scratching away at it trying to get closer.  It’s not awesome, but somehow I’m still going pretty fast so when it does come around I’ll be hauling.

Ok, ok, so the Stewart Super Six Pack, right.  I got to the race, dropped the little remaining GU fuel I did have (my own fault for not ordering sooner) with some bottles and some Coke in a borrowed cooler in the feed zone.  I plastered the cooler with Pro-35 stickers, and I’m glad I did because I never would have been able to find it amongst the sea of similar white and blue coolers otherwise.

For the warm up I pre-rode the start of the course and realized that it was a long way from the start to the singletrack and there were some huge puddles on the way.  Fortunately it was bone dry otherwise so my tire Maxxis Cross Mark tire selection was perfect.

At the start I met Tim Snow, one of Spinney’s associates from QT2 and we talked for a bit before the gun went off.  Normally racer meetings are the same shit every time, but fortunately Norm from MTBNJ brought his sarcasm “A” game.  The short version was “follow the arrows, it’s a race.  Don’t be a dick.”  Got it.

The gun went off and I filed into line with the rest of the Open field.  Yep, Open- the meat eaters.  No pro category, just the guys who showed up between Sport and Jaroslav Kulhavy.  And me somewhere in the middle of it, I hoped.

The course was fast- hauling fast- and I was glad to have a little knowledge about the course and the first sections of single track.  It was fun, all in, and there was a lot of drafting and tactics for a relatively tight course.  I tried to ride my pace, but somehow I felt alright and ended up sticking with QT2 athlete and coach Tim Snow (husband of Ironman competitior Cait Snow) for most of the first two laps.  He was much stronger than me on the pedaling sections, but I could make time back on the rock-strewn drops, rolldowns and step-ups.  We rode pretty close to the same pace, but I was burning more matches to do it.

I was in a good spot and riding fast within the fast group.  It wasn’t a pace I could ride for 6 hours, but I wanted to push it as far as I could to get used to that feeling of riding up a level from where I’ve been for so long.  With my less-than-awesome race fueling program I figured I’d crack at some point, and after ripping two laps with Tim I was riding solo and felt the wheels start to come off.  Slowly at first, but I was starting to cramp pretty hard.  On the technical course I’d been having a hard time getting in enough water, and I didn’t complete my usual cramp-fighting routine so I was in rough shape.

In the photo above I was about to stuff my last packet of Chomps into my mouth before I saw the turns then quick descent immediately afterward, so I held onto them while gripping the bar then tried to stuff them back into my pocket and missed.  Damn.

I battled on through lap 3 and made an extended stop for some remedies and slammed a Coke in the process.  I was feeling…broken, but wanted to keep going.  Later that lap I almost cartwheeled down the nastiest section on the course when I momentarily got knocked off of my line and semi-crashed.  At that point it was keep pushing and get hurt or chicken out and limp home.  So I limped home, but I did get credit for completing that lap.

All in it was pretty solid day.  The bike worked great, the tire spec was right on, and I rode above my station for a couple laps.  Piece by piece it’s coming together.

Next up is the Pro XCT at Catamount in a couple weeks.