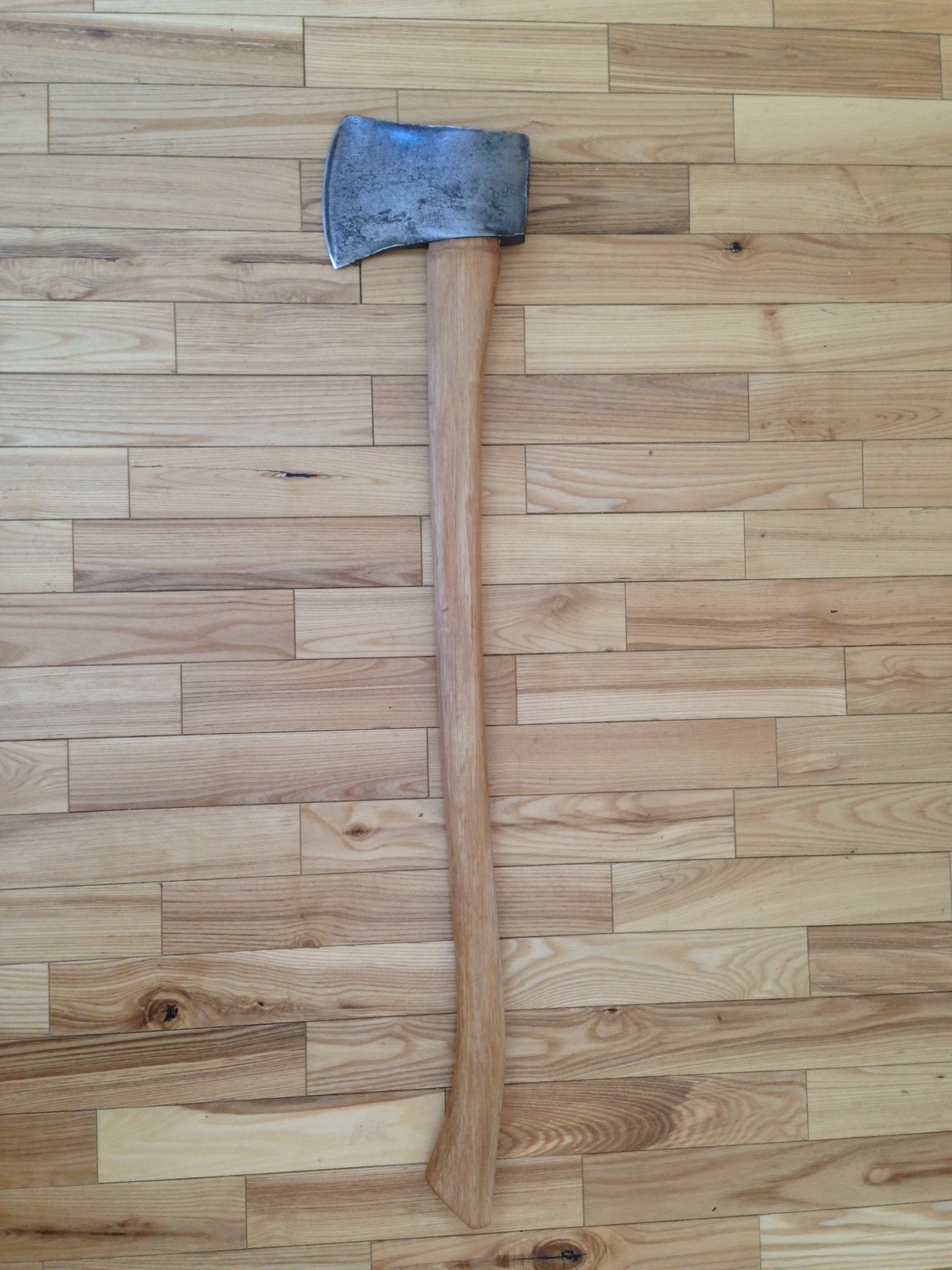 Shortly before Christmas we got hit with a pretty heavy ice storm.

Some areas had sweeping power outages and while we were largely spared we did have several downed trees in the yard.  After Christmas quieted down I spent a day cleaning up the damage.  We’ve had an old axe, some tree pruning tools, and a chainsaw kicking around the shed for a couple years so I pulled all of that out and set to work.

The axe was old, undoubtedly inherited from a relative who had passed away, and still had some flood mud on the handle.  It was rusty but still sharp though the head was loose.  After tapping the head back into place I started to chop the thick but broken trees.  I’ve swung a few axes and although this one had been neglected for at least 20 years it made quick, deep cuts.  I got the chainsaw stuck in one particularly thick tree (rookie mistake) so I ended up using the axe to chop it down entirely.

My Dad has been my source of tools and tool knowledge so I asked him where it came from and who’d owned it before me.  It was his father’s and became part of my collection a couple months before the flood, and like all of the vintage hand and power tools I got in that batch they all survived- and are still in use.  Knowing it had been in my family for a long time motivated me to get it back into good trunk-splitting condition again.

There’s a great article here on how to do that.

Approximately following the steps outlined in that post I sanded down the head and uncovered a small star cut into the blade.  There were no other markings that I could find until I saw “Champion” faintly embossed on the handle- and with that was able to trace the lineage.  In the 1920’s-1940’s the Plumb Company manufactured this axe for wood chopping competitions and for export to Australia.

The handle was in decent shape but not awesome so I decided to replace it.  As usual I did it wrong the first time, learned from it and reseated the head on a second new handle (I’ll use the first one in another recycling application).  Through some moderate hand sanding with 60, 150 and 400 grit sandpaper I was able to put a smooth and glassy finish on the hickory handle I found at the hardware store.

The finished product is what you see above, and I unwittingly finished it on my grandfather’s birthday.

Because of its provenience I felt that I had to somehow reuse the original handle.  I was able to find a suitable Plumb half hatchet head and cut down the handle to fit, and after some careful shaping and cutting tapped it together and soaked it in linseed oil to really tighten it up.

Through doing this I acquired several axe and hatchet heads which may or may not get the same refurbishment in the coming months.  I’ve got plenty to do to get ready for what’s coming up this season, but I’m finding that I get a lot of simple joy from making things with my hands.  With all of the abstract problems I face at work it’s nice to have something relatively straightforward in my life, even if it is time consuming.

Making things, or fixing old things, is a good remedy for cabin fever.  It doesn’t help the snow melt any faster, but it keeps my mind occupied in a productive way.

I can’t wait to ride.