That’s us, in the purple. 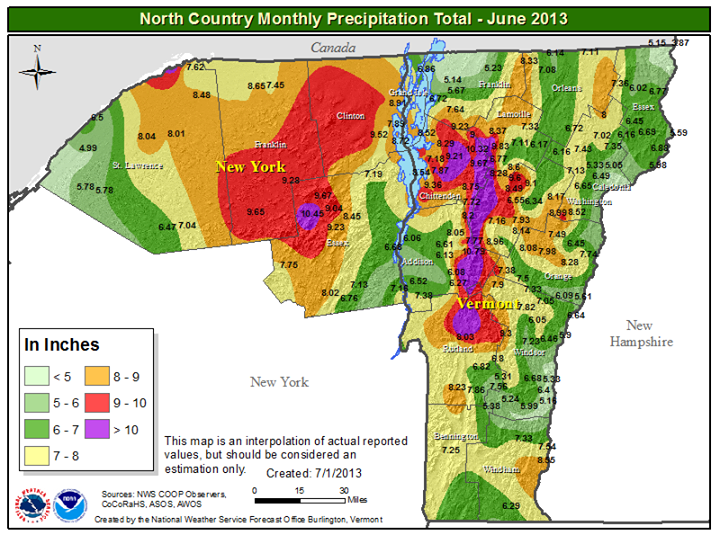 It’s been a real mess here with roads, culverts and trails getting washed out.  All of the local trail networks were closed as of a week ago and the last three Wednesday Worlds races have been canceled due to unrideable conditions.  Our sweet but very short riding season just got even shorter.

The maelstrom of incredibly wet weather (we had the wettest May on record before the wettest June on record) and some tension around the workplace have done a number of my sanity…and my liver.

So there have been some road rides, short and wet trail rides and a lot of time fretting.  It hasn’t been all bad, but I feel like my fitness is rapidly retreating and I’m 10 lbs over last year’s race weight.  I guess the silver lining is that I’m giving my back and hip a chance to recover while something else takes the beating for a little while.

I’d planned to race last weekend, 7/30 at the Stewart Six Pack, but with a tough week at work, all of the rain and 11 hours in the car round trip I decided to skip it.  Good thing I did- I went for a road ride Sunday morning and had very little in the tank.

Last week was weird.  The big days when I hoped to feel good I couldn’t get out of my own way, but on some shorter rides when I was just out for fun I was surprised by how well I was riding.  I also had to get up at 4 AM on Tuesday and had some work travel before ending up at Wayward’s for the weekend.

The problem with spending the 4th in Maine was that I got a break from the rain forest, and didn’t want to come back.  Turns out there are some decent trails right across the street from Camp Wayward which he’d been hiding from me on previous visits.  Also turns out you really do need to charge the new Cateye Stealth 50 computer every other ride as I lost all computer info about an hour into a 100k+ ride.  We weren’t supposed to be out that long but a Strava segment, a missed turn and some serious heat added some complexity.  Holy shit was it hot, and I just had one of those days where I could only get to about 80% capacity and when Wayward is on that’s just not enough.  I guess if I’m being honest with myself the computer only would have told me to pedal harder, and I knew that already.

Trails at Camp Wayward.  This was almost unrideably steep, but of course through the magic of a cell phone camera it looks like it’s about the same slope as an interstate on ramp. 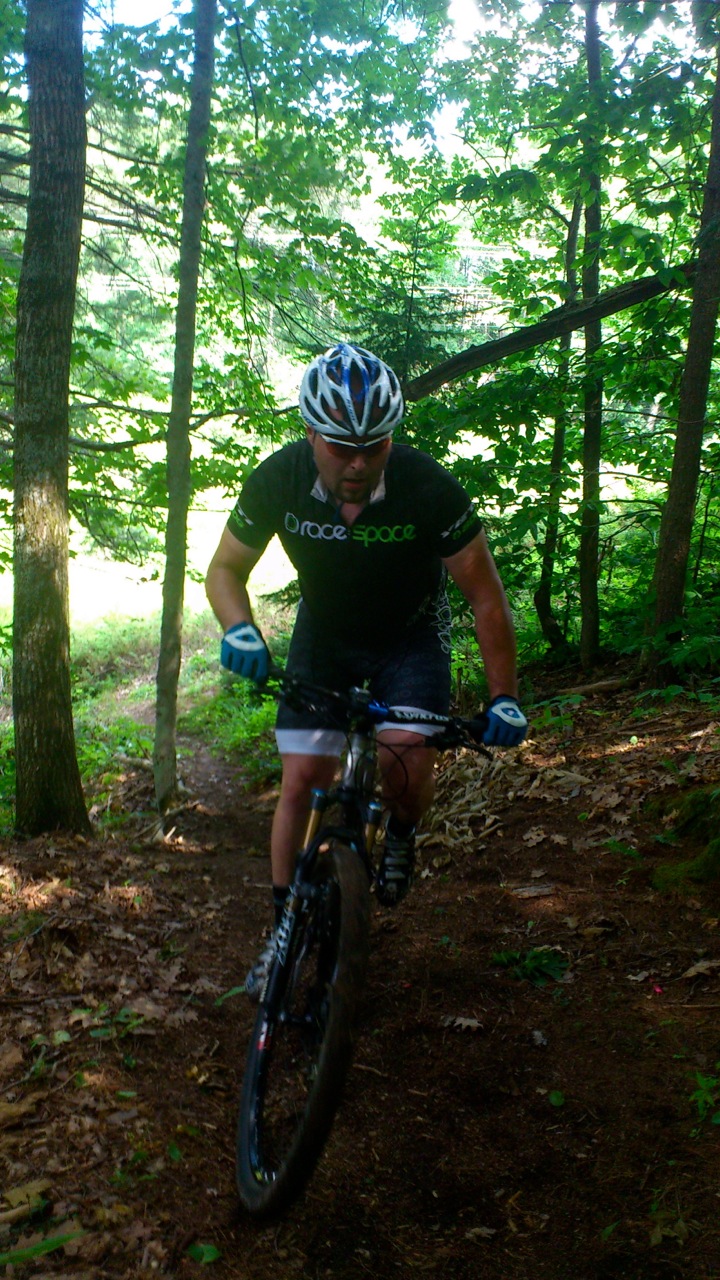 Earlier in the day he’d crashed on a ridiculously long set of 12″ tall landscaping steps as his bike kept accelerating even with the brakes on and he had to make an interesting face-first dismount onto the handrail.  I guess it’s not technically a crash because I don’t think his feet hit the ground, but what amazed me was not only that he didn’t get more hurt but also that he didn’t smash his phone in the process.

You may also notice the new Fox 32 Float 29 in the picture, and yes, it’s pretty sweet though it has yet to break in.  I stepped up to Obama-era standard of a tapered steerer and a QR15 so maybe I’m just loving that more than anything else.  More details on that and a full write up to follow.

I’m feeling so modern- maybe next week I’ll join twitter.  I think that works no matter how much it rains.